ARC Econ in the News — on battery production

I had an interesting conversation with Christoph Eisenring of the Neue Zürcher Zeitung on the topic of new battery technologies for the automotive sector and where to locate factories for battery cells.

A central point that is only alluded to in the article for space reasons bears some additional explanation. For (understandable) political reasons, electric cars (EVs) are treated as “zero emission” vehicles by EU regulations. This has — in itself — drawn substantial criticism: Clearly they cause emissions in the course of their production as well as in the generation of electricity for charging. I would still call the reasons understandable, mainly since a) local emissions matter and b) EVs present a pathway towards substantially lower emissions as electricity generation becomes less reliant on carbon in the future. These aims can be seen to override potential market distortions in the long run, in the sense of a “second best” solution.

But it should be noted that for investment decisions — such as where to place battery factories, which cause a substantial share of EVs’ lifetime emissions (external link) — one should not be making the same assumption. Production steps that rely on large amounts of electricity should best be placed in regions with an abundance of renewable generation — otherwise the carbon footprint of EVs is significantly larger than it could otherwise be. Conceptually, battery cells could become a way to “import electricity” without having to link networks.

Skip back to main navigation 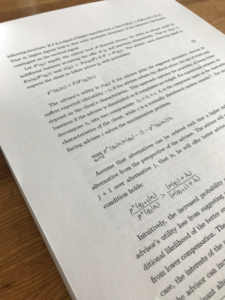